Get a healthy, gorgeous smile at Vanek Dentistry

This is a brief history of a tooth fracture and how it led me to become a dentist.

When people visit the dentist to fix a broken tooth, it is common to revisit the history of the tooth and share the confessions or opinions about the tooth within its lifetime. What most people don’t realize is that the normal progression of events which brought them to the dentist’s office comes as no surprise to the dentist, because it happens all day, every day.

I often tell my patients, “Looking at your teeth is like looking through a crystal ball … we can see all of your past history at a glance…” (which, I admit, is a little creepy).

Rather than embarrass one of my patients, I’ll share a fun (if not tragic) story in my own personal experience. In fact, this is the reason that at 9 years old, I decided to become a dentist! You see, a lot of us used to enjoy a famous syndicated television program back in the day: “CHiPs”, known for two fantastic California Highway Patrol men. Ponch & John were frequently involved in exciting car chase scenes that eager elementary school children would happily attempt to recreate. On one such fine afternoon, it was my job to launch a massive skid-out on my red Schwinn Scrambler with black mags and modified Oakley 3 black matching grips.

I must have maxed out the downhill speed record prior to locking up my brakes (on purpose). Unfortunately, my ability to handle the swerving tail at such a speed during a controlled skid did not match my imagination. I quickly lost control and flung over the handlebars! OOOOPS!! I hit the pavement full force with (you guessed it) my face. As my face skidded to a halt, the rest of my body and bicycle also came to rest. Surprisingly, I was not in pain, and after brushing off some minor abrasions on my elbows and knees, I came up smiling at my three friends as they charged toward me.

Then, I’ll never forget the look of horror on their faces as they pointed and shouted, “You’re teeth!” I had broken my front central incisor through to the nerve. We thought if we looked hard enough, maybe we could find it and put it back in. To no avail, we decided it was time to go face the music. I was more afraid of what my mom was going to do to me, rather than any pain or suffering from losing an important tooth!

Fast forward a few years, and I had worn temporary crowns on the damaged two teeth for 6 years. I then went through the typical next steps.
• Step #1- Finalize Root Canal Therapy after apexification of the immature root.
• Step #2 – After a few years of braces, I got my first “final” crown. The crowns were redone in dental school before the root started to show a problem in the X-ray.
• Step #3 – At age 45, my root canal was re-treated for the first time. At this junction, we knew it wouldn’t be long before I would have to have my front tooth removed.
• Step #4 – Can you guess what comes next? You guessed it, Dental Implant.

My own story has not reached its full conclusion, but I’ll show you the full typical progression from one of my patients:

Moving through the 6 images we can see the following stages; 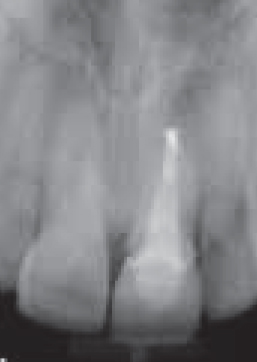 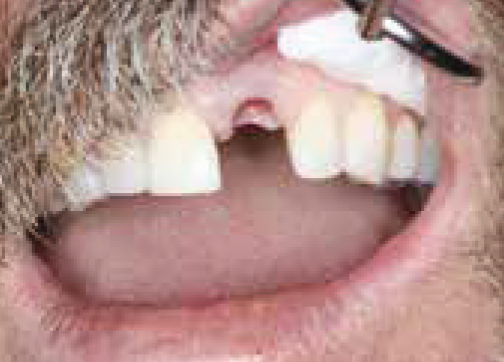 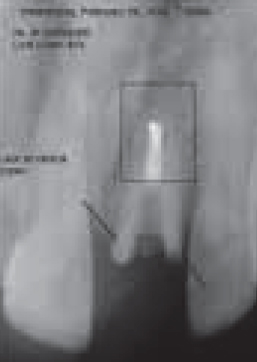 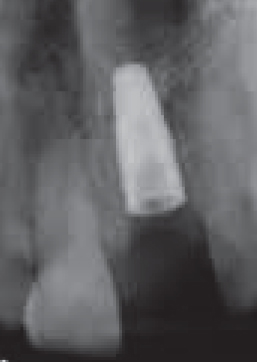 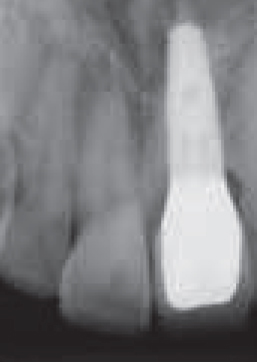 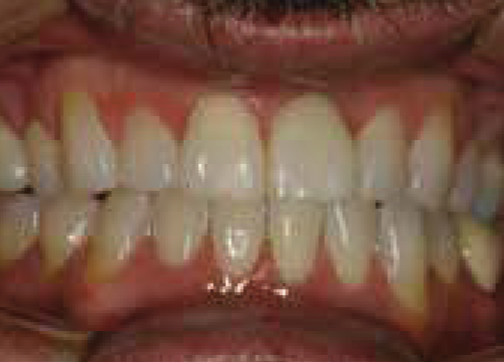 Why Do Cavities Form? »
« Tips for Picking a Toothbrush and Toothpaste